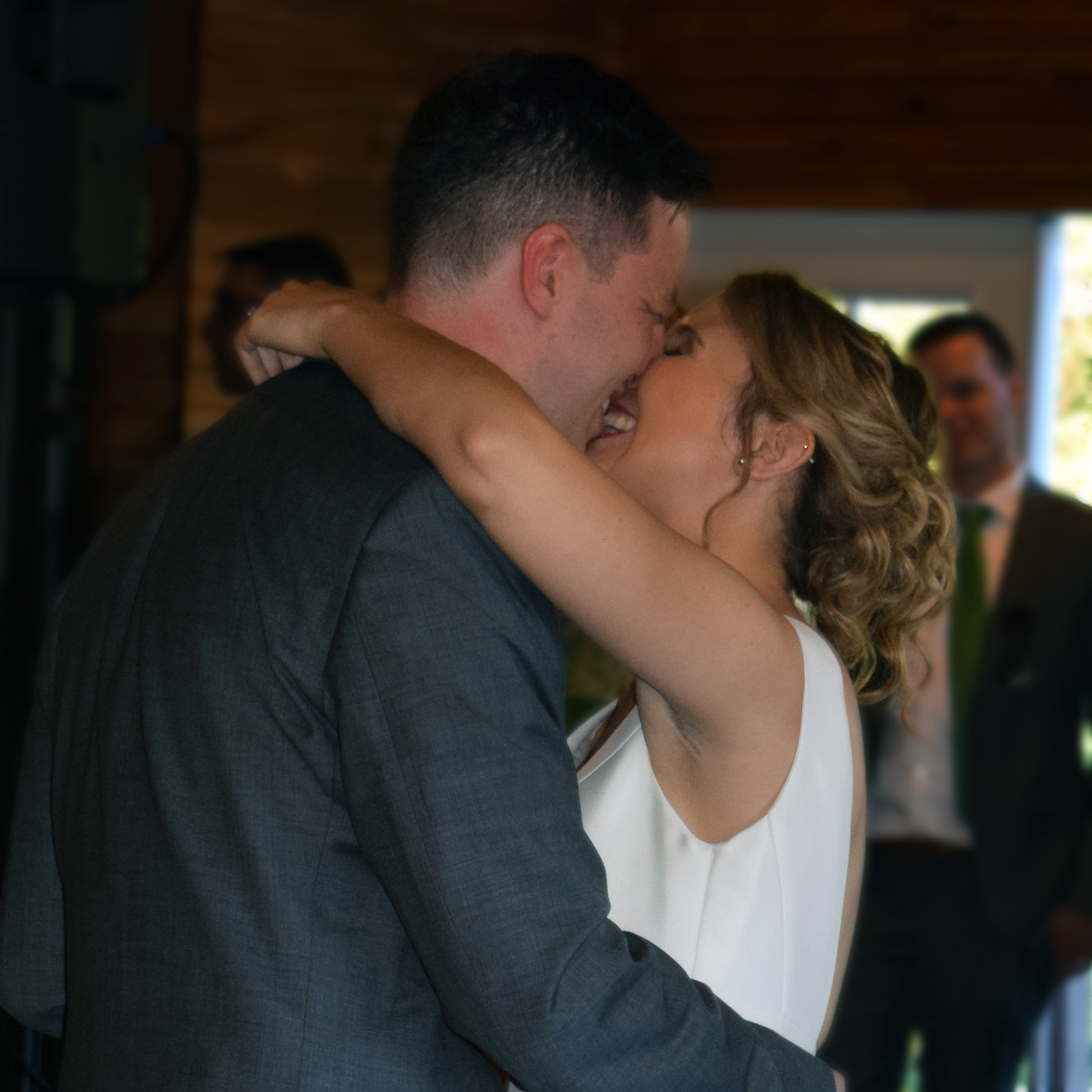 To say that Peter did a great job would not be enough. It wasn't just that he showed up to the event and did everything he said he would for a fantastic price. It was that he showed up to all of our meetings on time, and answered every single one of my emails immediately. In the midst of all of the wedding planning we did over the last year, and all of the stress and worry, there was not a single moment spent worrying about Peter, thanks to his professionalism and the confidence that he instilled in us from the very beginning.

Beyond being wonderfully reliable, Peter went above and beyond on service. When we needed a song remixed for our ceremony, he made several versions for us so that we could choose. He was incredibly accommodating of our need to have a separate set up for the ceremony site and the reception venue. And he also set up uplighting for us at the reception free of charge because it was new equipment that he had not used before.

Maybe it should go without saying that he pronounced our wedding party's names correctly, and that he played the songs we asked him to play, and that he kept everything on track, but I'm going to say it anyway just so that it's clear.

Thank you Peter for making our day that much better, and for keeping me sane while we prepared for it!

Peter provided a professional, prepared, and outstanding service for our wedding. He was on time, dressed professionally in a tuxedo, and took care of everything he was responsible for without a single prompt. Efficient in his setup, organized in his entertainment, and great at prompting and asking the bride and groom what they would like to do next. He accommodated us when we decided to play the "shoe game" during the reception. His hard work and great preparation resulted in a fantastic reception.

In addition to being a DJ, Peter also took some pictures that he posted quickly to Facebook for us.

Peter did an excellent job at our August 8 wedding in Hamilton, NY. He was extremely easy to work with and very responsive. While I was running around and worrying about a million things in the weeks before the wedding, our DJ was never one of them. I could tell from very early on in the planning process that Peter was on top of everything! On the day of the wedding, he was great at wrangling our crazy bridal party and keeping things on schedule. He chose music that he knew our crowd would love, and he made sure to play the (long) list of songs I requested! The dance floor was packed all night and all our guests, of all ages, had a great time. I also appreciated how minimal his setup was. We packed a lot of people into our venue, but Peter's equipment was not obtrusive at all. I highly recommend Peter!

Peter did a great job with both our ceremony and reception music. We had a change of plans in our ceremony set up, causing him to have to set up in two different areas. Peter was completely fine with our changes, and he even had music playing for our guests as they arrived at cocktail hour, so there were no awkward gaps of silence throughout the night. Peter was also very responsive and helpful when planning for our big day. He had wonderful suggestions and advice, as we had NO CLUE what we were doing in the planning process. Thank you for a great night! Everyone had fun and was on the dance floor, just as we wished!

Even though Peter was the first DJ that we met with, we booked him on the spot. We were incredibly impressed with his organization and attention to detail. He was incredibly flexible; his questionnaire gave us the opportunity to dictate every detail of the night if we so chose. We decided to provide him with a list of "must play" songs and a list of other artists that we like. Peter did a great job of playing all of our songs and filling in the gaps with other music to get the crowd dancing.

From the introductions to the very last song, Peter made sure that the night ran seamlessly. The timeline that he provided to the venue and the photographer helped keep everyone on the same page throughout the night.

Peter is so responsive and easy to get ahold of that one of the bridesmaids contacted him a week before the wedding to see if she could incorporate music into her speech. He was on board and the music helped her speech be a hit!

We would absolutely recommend Peter to anyone looking for a reasonably priced DJ for the wedding. He was so great that the end of the night, everyone was chanting "one more song!"

Peter provided DJ services for our wedding reception at Cornell University this past June, and he was really awesome to work with! He was very flexible during the planning process and on our wedding day, which was incredibly helpful! He played the best instrumental music during our dinner hour (everyone was raving about it!) and got people dancing during the latter half of the night. I'd definitely recommend him!

We could not have asked for a better DJ than Peter. From the start, he was very responsive and very well organized and that continued throughout the process! We had a complex setup, where the ceremony was held outside, immediately followed by the cocktail hour in one room and then our reception in the ballroom. The transition was flawless and there was never a point where there was no music, as he had multiple systems setup. The one thing we wanted in a DJ was a packed dance floor the entire night and that was exactly what we got! Everyone was on the dance floor all night and we got so many compliments on the music! We even got complements on the dinner music! Peter was so great, no one wanted the night to be over! We would recommend Peter to everyone!!!

I HIGHLY recommend Peter for your DJ needs! Peter did an incredible job! He has great communication and was incredibly accommodating! He made the reception feel intimate and lively at the same time! He honored all of our requests and was very kind! He even went out of his way to make some extra announcements and took some pictures! Everyone had a wonderful time! The transitions between all of the songs were perfect, and when we had to cut some of the songs out for lack of time, Peter read the room brilliantly and played all of the songs that got everyone up and dancing!! If you get the chance you should absolutely book Peter the DJ! I promise you'll be happy you did!!

Peter did a fantastic job as the DJ for our wedding! Being new to wedding planning, Peter helped walk us through the process, offering suggestions and really listening to what we wanted for our big day. He was friendly, personable, responsive, and great throughout the whole process. Not to mention he really kept the dance floor moving! Couldn't have asked for a better DJ for our wedding!

We could not have been happier with Peter. The level of service he provided leading up to our wedding day went beyond our expectations. Peter is organized and professional; his advice on our ceremony and reception music was so helpful. The evening flowed perfectly and I give a lot of credit to that to Peter and his experience as a DJ. 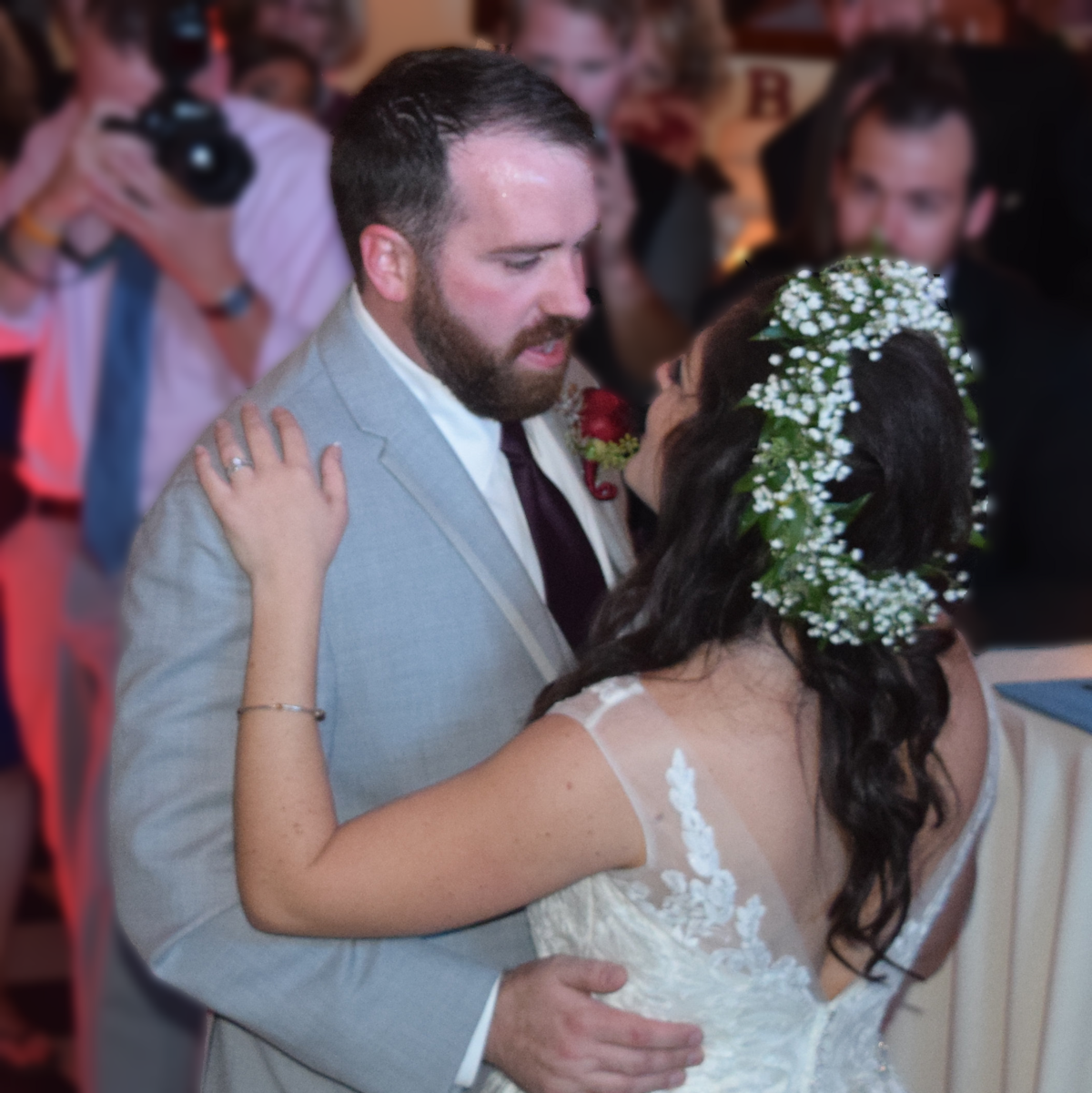 Peter was an absolute pleasure to work with! We want to relive this whole weekend again! Loved every minute! Do yourself a favor and book Peter as your DJ!
Caitlin and Martin, Lincklaen House, Cazenovia
« Previous 1 … 3 4 5 6 7 … 26 Next »